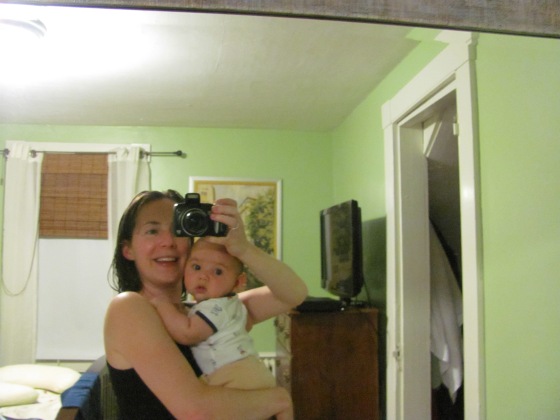 The slowest yet the fastest, the most challenging and the most life-changing year of my life. All at the same time.

Since day one, James has been a joy when he is awake. Easy going, adaptable, smiley. Sleeping has been a struggle and he is just now (like literally days ago) sleeping through the night. The sleep deprivation that I always pictured coming with motherhood came. And everything seemed harder.

And now he’s one year old and it won’t slow down. Tomorrow he will be asking for the car keys.

At his one year appointment he weighted in at 21.64 lbs, the 59th percentile, and measured 28.5, the 24th percentile. So he is definitely one of us.

James is a tough guy. He’s Jimmy Mac and he lives in the red house on the cah-nah (corner.) He doesn’t take shit from anyone. Including his sister. Ya heard?

He gets dragged to a lot of Reese’s older kid activities (it doesn’t end here James, take it from someone with 2 older siblings) but he doesn’t seem to know he’s the youngest one there and he will grab that train from the 4 year old like it’s no thing. Gangster.

He eats all of everything. Chicken parm is his favorite, and he prefers it with a side of pasta. Heavy on the sauce.

He loves to look out the window and watch the cars. If he hears a honk, he will immediately point to the window, demanding to be brought over and see what the fuss is about. On most days, when he wakes up from an afternoon nap, about 4:00 or so, we stand in the kitchen, moving from window to window until he’s seen it all.

His favorite thing to do is walk with his cart. He looks like a mad grocery shopper. He goes back and forth between the kitchen and the dining room, pausing only in the doorway, where he yells until someone comes and helps him over the little bump that separates the rooms. Reese relishes in this task and races over to him yelling (way too loudly) “I’m comin’ James!”

He crawls (a combo of an army crawl and a normal crawl on all 4s) at the speed of light. Any time a door opens, he bolts towards it, and sometimes I can barely stop him in time.

His life goal right now is to climb the stairs freestyle.

He says “dada” and “touch” and something that sounds like “this and that” but we aren’t sure.

Since Andrew and I went on vacation he has stopped nursing, and also started sleeping through the night.

His sister is the love of his life, but he is also very aware that she is the taker of toys and someone who needs to be dealt with with caution. Smart boy.

He loves banging things together.

He can clap and wave goodbye.

He has 5 teeth and I think he is one of the few men who can pull off buck teeth.

He is handsome as ever. I am his mom so I know I’m biased, but come on. 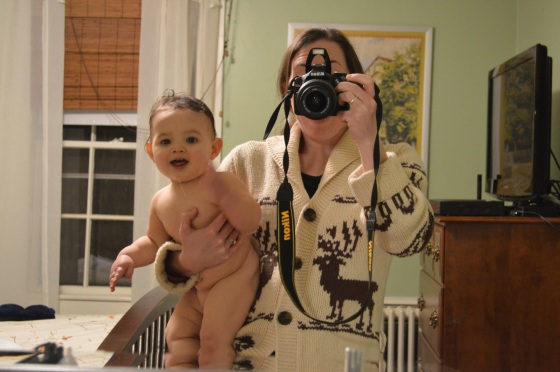 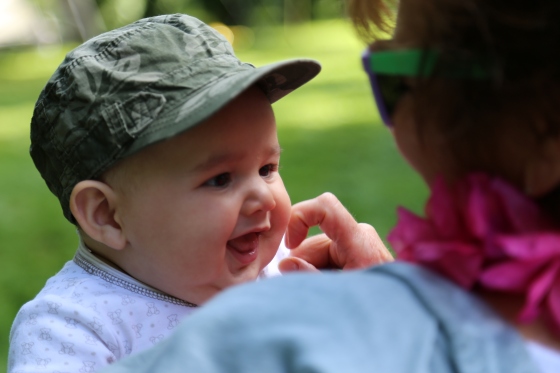