Just kidding! I am not touching that mess! This is about a post about Halloween. 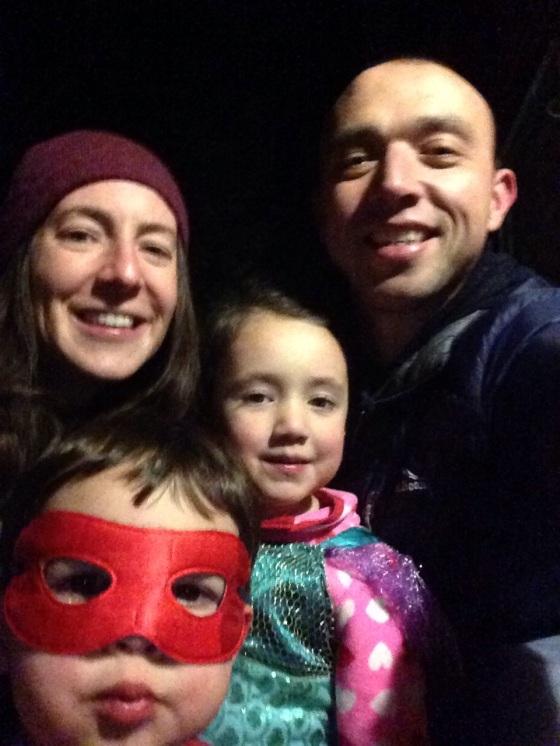 Reese decided last year that she wanted to be a mermaid for Halloween this year, and come October, she had not forgotten, so mermaid it was. James, who loves everything his sister does, also requested to be a mermaid for Halloween. Unfortunately for him we already had hand-me-down skeleton and superman outfits that were just his size. He was a skeleton for the trunk or treat at Reese’s school and superman for trick or treating in our neighborhood on Halloween night.

Both of them have the trick-or-treating thing down pat and I don’t think I have to worry about either of them ever being shy.

James learned quickly that mom and dad weren’t opening most treats until we got home, so when a neighbor would hand him a candy bar, he would often hand it back to them and ask, “can you open this?” He wasn’t trying to wait until he got home to get a bite. One house where no one answered he actually pressed his face against their window and yelled, “Hey! We want to get some candy!” I cringed and we all ran away.

Reese was in all her glory as a mermaid who also wears a fleece jacket. James has been asking to go trick-or-treating every day since, and Andrew and I have been eating all the Kit Kats we can get our hands on, so I would say it was a successful Halloween.