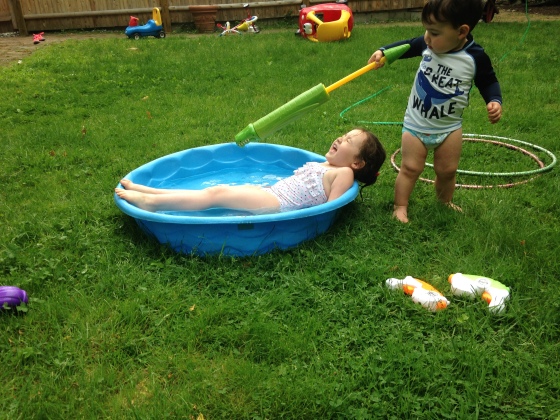 I knew there would be fighting, but I did not know it would be 24/7.

My favorite fight is the clock fight. The “clock” in the clock fight is really just a sticker on the wall of their playhouse that looks like the face of a clock. Whenever we go outside, they both yell “clock!” and then sprint to the playhouse. Whoever gets there first (always Reese) simply stands in front of the clock, or sometimes covers it with her hands so the other person can’t see it. Then the other person (always James), inevitably loses his shit, and starts throwing punches. And then everyone’s crying and “WE’RE ALL GOING INSIDE RIGHT NOW!”

And I know that this too shall pass. And so that’s what we’re doing now. Waiting for this to pass.