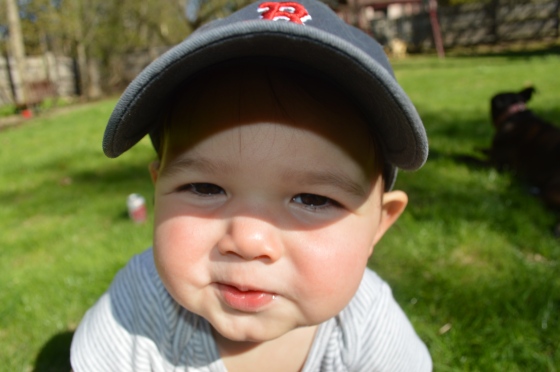 Our boy is walking, running, jumping and CLIMBING like a maniac. The other day I found him standing on the kitchen table jumping up and down. Always with this grin. 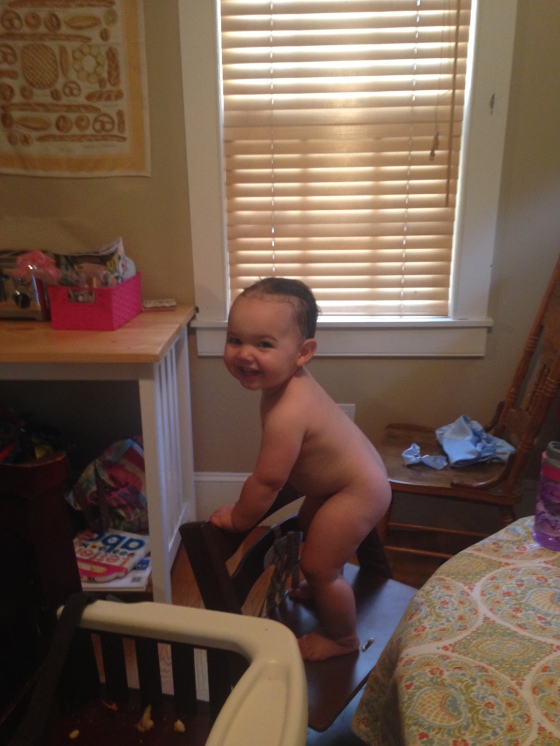 The current phase is beating the crap out of his sister and sometimes, out of me. He has discovered hitting and he uses it whenever something is taken away from him, or when he’s tired. So basically he is hitting 80% of the time. The other day at the playground another mother said “he is just so cute!” just as he started trying to climb up another boy. I picked him up and he slapped me in the face. So cute!

Despite this new fun phase, James is a snuggler, and when he’s being nice, he loves his sister to death. Often giving kisses and hugs. I think they are kisses and hugs; they are definitely more aggressive than one would imagine hugs and kisses should be, but they usually don’t end in tears so, yay!

He likes other kids and especially, older girls. Whenever we are out somewhere where there are other kids, he beelines for the girls who look to be about Reese’s age and either hugs them, or holds his arms up to them, asking to be picked up.

He is a sleepaholic. He still takes two, two-hour naps a day. He goes to bed between 6:30 and 7 and he usually wakes around 9. He has slept till 10:30 AM on more than one occasion. Please stay this way forever.

He is still big and beautiful. A big, beautiful beefcake with the most adorable curls. He literally has ringlets in the back of his head and I won’t get his hair cut because I’m afraid they will cut off the curls and his hair will grow back straight.

He likes most foods but favorites are graham crackers (when he sees the brown packaging he starts hyperventilating), corn, bananas, applesauce, Kix, pizza, chicken parm and sweet potatoes.

Jamers is ALL boy. He loves running and jumping and throwing and crashing stuff together. Trucks are his favorite, particularly tractors.

He has a few words, definitely not as many as Reese had at this age but he babbles all day long. He says, “tractor”, “car”, “mama”, “dada”, and “dirty.” All with a Boston accent, “tracktah!” 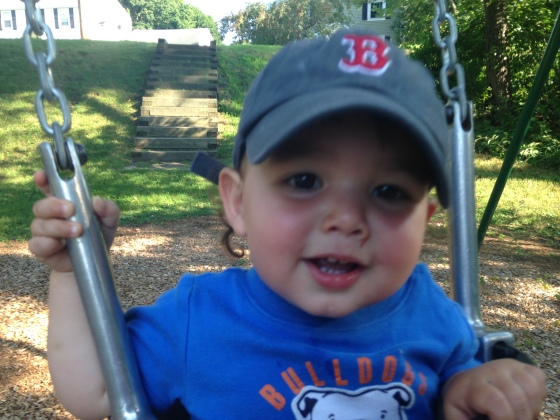 Bedtime is my favorite part of the day with James. After stories and some milk he puts his head on my shoulder and lets me rock him to sleep. This is something Reese never let me do, she was always trying to wriggle out of my arms. When we’re done rocking, he allows himself to be put down awake and sometimes sits up in the crib to wave goodbye to me. And everytime he does it, I just die.